Istanbul is more than 90 percent Muslim, so if you happen to visit during the holy month of Ramadan, you certainly notice. For Muslims, Ramadan is a time to devote themselves to God and self-discipline, and to that end, many Muslim people fast during daylight hours for the entire month. For me, observing Ramadan rituals in a Muslim country is one of the great travel experiences.

During this time, the Muslim faith seems even more vivid and engaging. It's a struggle just to walk down the street during prayer time, as people spill out of neighborhood mosques, their carpets unfurled on sidewalks. I get the feeling that the inconvenience to passing pedestrians isn't their concern — as if they think that everyone should be praying rather than trying to get somewhere.

For the month of Ramadan, practicing Muslims refrain from eating, smoking, having intercourse, and drinking (even water) from sunup to sundown. Since Ramadan takes place during the ninth month of the Islamic lunar calendar, it occurs at different times of the year. When Ramadan takes place in summer, fasting is more challenging because of the longer, hot days. Still, people take it seriously. Once, while sucking sweet apple tobacco from a water pipe, I offered my waiter a puff of my hookah. He put his hand over his heart and explained he'd love to, but he couldn't until the sun went down.

Not every Muslim fasts during Ramadan. For instance, exemptions are granted to young children, pregnant women, the sick, and the elderly. Tourists will find restaurants and tea shops open throughout the day during Ramadan; it's polite to confine eating and drinking to those establishments, out of respect for — and out of the sight of — people who are fasting.

The happy, multigenerational partying that follows the breaking of the fast at sunset every night is a sight that's not to be missed. After hours of not eating, people are ready to chow down. Many rush home, while others stop for a quick bite at one of many temporary food stands. Restaurants that have been empty all day are suddenly marked by long lines stretching down the street. The city comes alive with shadow puppet theaters, public concerts, and traditional folk dances.

During the evenings, I find myself drawn to the rollicking food fest around the Hippodrome, a park-like square (formerly a Roman chariot racetrack) in the center of the Old Town. The Blue Mosque's courtyard turns into a huge market with religious books, electronics, and even teen wear for sale. Young girls make head scarves fashionable. Sticky treats shine under swinging lamps. Turkish coffee burbles in copper kettles buried deep in red coals. Hourglass-shaped tea glasses are the perfect fit for Turkish hands. Seeing the twinkling lights strung up in honor of Ramadan, I think, "Charming — they've draped Christmas lights between the minarets." Then I realize that a Turk might come to my house in December and say, "Charming — he's draped Ramadan lights on his Christmas tree."

Sleep is an afterthought during this time. After going to bed late, everyone is awakened before dawn by drummers going from street to street, reminding people up to get up and have a small bite to eat — or at least a glass of tea — before fasting resumes at sunrise.

Muslims pray five times a day. According to tradition, the imam would climb to the top of a minaret (like a church's bell tower) to call the faithful to prayer. These days, the prayer leader still performs the call to prayer live, but it's amplified by loudspeakers at the top of the minarets. When this happens, practicing Muslims drop into a mosque, turn toward Mecca, kneel face down, and pray to God. After a short service of praise, workaday life resumes.

Wherever I travel, having just a grasp of the dominant local religion makes the people and traditions I encounter more meaningful and enjoyable. Like Christmas is a great time to experience the energy of a Christian culture, Ramadan is a vibrant time to be among Muslims. 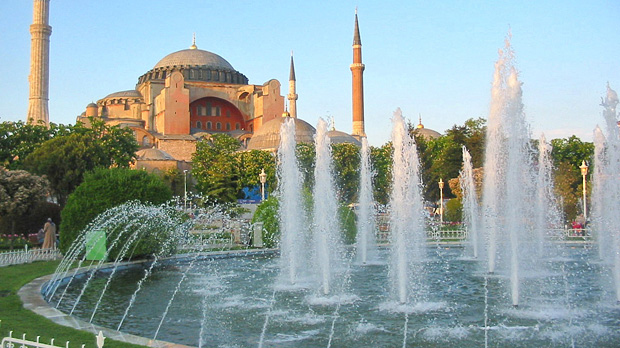