Iceland is trendy these days. Its powerful loneliness and mighty features can be ideal for exotic film locations — so parts of Game of Thrones, Batman Begins, Prometheus, Interstellar, and newer Star Wars installments were filmed here. Some of my readers had been nagging me to check it out for years. But until the summer of 2013, I'd never visited.

Since I flew Icelandair, which has famously liberal stopover privileges in Iceland's capital, Reykjavík, I told the Icelandic Tourist Board I had a couple of days and challenged them to show me the best of their country. They delivered.

Tourism is booming in Iceland. About half of the tourist revenue comes in July and August when the days are long and the weather is pleasant. But even on a sunny day, I layered on everything I had and envied the locals with their woolly ski caps.

As this was my first time in Iceland, I enjoyed a burst of first impressions. I was struck by the brilliant light. Especially near the harbor, with the sun low in the sky, the colors are warm and rich, which makes Iceland a photographer's delight.

This rugged and sparsely populated island was formed from magma that long ago bubbled up between tectonic plates, leaving it stranded halfway between North America and Europe. Nowadays its magnificent glaciers and active volcanoes are still its main claims to fame.

There's no escaping nature in Iceland, and that's turned into a plus. Trendy restaurants are enthusiastically organic — literally wallpapered with fish skin and serving gourmet delights on slabs of rock and rustic little planks. While many residents still consider the notorious local dish known as "rotten shark" a delicacy (they munch tiny bits of fermented shark and down it with the local firewater), the new Icelandic cuisine is enticing and tasty. And thanks to local expertise in greenhouse agriculture, plenty of excellent fresh fruits and vegetables are available.

Over half of all Icelanders live in or near Reykjavík. Since there are only 340,000 people on the island, it remains a small and easy-to-manage capital city. The city faces a century-old, workaday harborfront with busy dry docks and a hardy fishing fleet. The skyline — as seen from approaching ships — is dominated by its sleek and towering Lutheran church, Hallgrímskirkja. Rocketing organically out of the landscape, it seems to fit the terrain — the leading church in a society that is very close to nature.

The big news on my first visit was Reykjavík's dazzling Harpa Concert Hall and Conference Center. In Icelandic, "harpa" has two meanings: the stringed musical instrument, and (from the Old Norse calendar) the spring season, a time of rebirth. It was a much-needed addition to the city's cultural infrastructure. Until 2011, the national symphony performed in a movie theater. The center was originally the vision of a local banking tycoon, and it was intended for what some considered "elitist activities" — the opera and symphony. But he went bust during the economic crisis, so the state and city took it over. Now it's a 1,800-seat cultural palace with a mandate to bring diverse and affordable arts and culture to the populace. Of course, as happens with farsighted investments in culture all over the world, this hall still draws complaints. Old-timers grouse that for the cost of that fancy building they could have bought 30 big fishing trawlers.

There's a lot to be proud of here, but the local pride is partially the result of a psychological condition. Social scientists note that people who live on little, remote islands often have an inferiority complex and brag about whatever they can. It's called the "Small Island Syndrome," and it actually makes visiting Iceland more fun. Little things are big here. Icelanders of note who live abroad are almost revered. The place where Bill Clinton ate an Icelandic hot dog is practically a historical monument.

But the country does have its downsides for visitors. Since the economic crisis of 2008, prices have risen sharply, and Iceland is now one of Europe's most expensive destinations. Smart travelers do have a few tricks at their disposal, though — for example, even Reykjavík's fanciest restaurants offer excellent-value lunch specials that make a midday refueling affordable. Enjoy a high-end, sit-down meal for lunch, then picnic or grab cheap takeout for dinner.

And then there's the weather. Summer or winter, be prepared to bundle up: Even for a summer visit, pack gloves, sturdy boots, and a waterproof jacket. While conditions overall are surprisingly moderate for the latitude, frosty temperatures and bone-chilling wind can happen at any time of year. Icelanders use the term gluggaveður ("window weather") to describe weather that's pleasant to look at — from indoors. Blustery days arrive frequently, especially in winter, and in Iceland it's not just a little unpleasant to be outside in high winds — you may literally not be able to walk, or open your car door. Typically, two or three days of cloudy, drizzly skies alternate with two or three days of relatively sunny weather, with generally longer sunny periods in summer.

Few places — especially one so remote and cold — have become so popular, so quickly. But Iceland's striking glaciers, craggy peaks, and steamy geysers make this destination increasingly attractive to the curious and the adventurous. 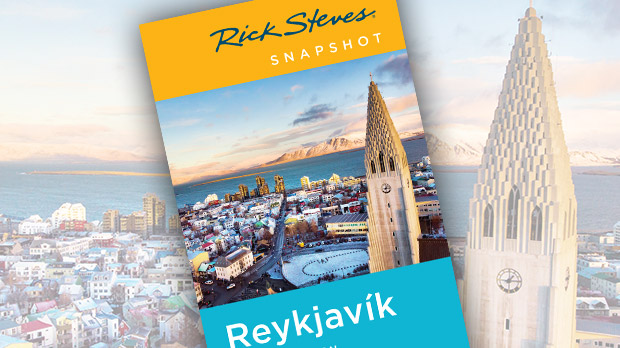