A century and a half ago, Athens was a humble, forgotten city of about 8,000 people. Today one out of every three Greeks packs into this city of about four million.

Given that Athens has none of the astounding natural beauty that's so abundant elsewhere in Greece, my advice had long been to see the capital's big sights, then get out of town to explore the Peloponnese and an island or two. But in more recent visits, I've seen dramatic changes. Athens did some major sprucing up before it hosted the 2004 Summer Olympics, but the urban renewal didn't stop when the games did. Since then the city has made a concerted effort to clean up and pedestrianize the streets, spiff up the museums, build a new airport, and invest in one of Europe's better public-transit systems.

And at its center, the Acropolis (literally "high city") is now lassoed by a delightful pedestrian boulevard. Winding up the hill you'll find yourself in an ensemble of grand temples. Led by the visionary architect/sculptor Pheidias, the Athenians built this complex of supersized, ornate temples worthy of the city's protector, Athena. Unlike so many other sites surviving from the ancient world, which have layers of ruins from different periods, the Acropolis was started and finished within two generations — a snapshot of the Golden Age set in stone. Pheidias' crowning achievement was the Parthenon: Simple, balanced, and orderly, this is the finest temple from the ancient world.

The Parthenon and the other major monuments of the Acropolis survive in remarkably good condition. While the Persians, Ottomans, and British were cruel to the site in the past, the greatest dangers it faces now are acid rain and pollution. Ongoing restoration means that you'll almost certainly see some scaffolding — but even that can't take away from its greatness. I like to come late in the day, as the sun goes down, when the white Parthenon stone gleams a creamy golden brown.

At the southern base of the Acropolis hill stands the relatively new Acropolis Museum, which houses artifacts from the Acropolis. The striking, glassy building gives a postmodern jolt to Athens' otherwise staid, midcentury-concrete cityscape, even as it echoes the ancient history all around it. The building is the boldest symbol yet of the post-Olympics vision for Athens. It also heralds a new era of innovative museum design — worlds apart from the type of musty, drab museum that long imprisoned the Acropolis' treasures (a type that's unfortunately still the norm across most of Greece).

Instead, this is a world-class space, custom-built to showcase a life-size mock-up of the 525-foot marble frieze that once wrapped around the Parthenon. The frieze sculptures fill most of the museum's top floor, which sits askew from the rest of the building, mirroring the orientation of the Parthenon just above it on the hill.

The rest of the museum beautifully displays truckloads of other artifacts, all complemented by modern exhibits. Its two lower levels are aligned with the foundations of the ancient ruins beneath the building (which are exposed and open to the public). From top to bottom, the building is designed to maximize natural light for illuminating the space and exhibits.

All this clever construction didn't come cheap — but the Greeks funded the space not just as a museum but something of a reverse Trojan Horse: a space intended to lure the bulk of the Parthenon's sculptures back from London.

In the early 1800s, the Ottoman Turks, who then controlled Greece and couldn't care less about its cultural treasures, were happy to take a bribe from the British ambassador, one Lord Elgin, to let him make off with the finest ancient Greek statuary. With their permission, Elgin stripped the most important marble panels from the Parthenon's frieze and took them to England, where they remain now (in the British Museum). Of the original Parthenon frieze, the Acropolis Museum currently owns just 32 feet.

For years, the Greeks have asked for the marbles back, and for years, the Brits have responded with claims that Greece couldn't give them a suitable home. And yet, even though this state-of-the-art facility has been ready and waiting for more than a decade now, it still seems unlikely that the marbles will be returned to Athens anytime soon. Britain is reluctant to give in, for fear of setting a precedent…and getting "me, too" notices from Italy, Egypt, Iran, Iraq, and all the other nations who'd like the missing pieces of their cultural heritage back. But even without all its marbles, this superb modern museum still captures the timeless splendor of ancient Athens. 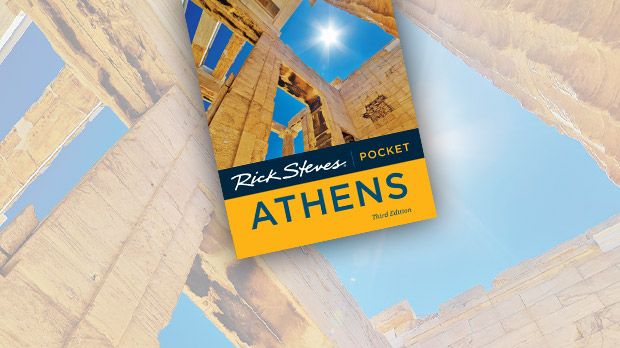