Belfast, Northern Ireland's capital city, is perhaps best known for the sectarian strife that took place here during the era of the "Troubles," and as the birthplace of the Titanic (and many other ships that didn't sink). While these two claims to fame aren't too uplifting, Belfast's story is hardly a downer. This unsinkable city, just two hours away from Dublin by train, makes for a fascinating day trip.

Wandering through cheery downtown modern-day Belfast, it's hard to believe that the bright and bustling pedestrian center had been a subdued, traffic-free security zone not long ago. But it's no longer dangerous here. While Belfast has the rough edges of any industrial big city, you have to look for trouble to find it. The city is bristling with cranes and busy with tourists. Aggressive sectarian murals are slowly being repainted with scenes celebrating heritage…less carnage, more culture. It feels like a new morning in Belfast.

Relations between Belfast's sectarian neighborhoods remain strained, however. To get the full story, it's important to visit the working-class neighborhoods of both sides: the Shankill Road and Sandy Row areas (Protestant) and the Falls Road district (Catholic). To me, they're best seen with a private taxi tour. The cabbies who offer tours of these neighborhoods grew up here and know their city well, offering honest (if biased) viewpoints on the Troubles, political murals, and local culture. My time with them is always the most interesting 90 minutes of any visit to Belfast.

I once had a guide who was particularly determined to make his country's struggles vivid. He introduced me to Belfast's "Felons Club," run by former IRA prisoners. Hearing heroic stories of Irish resistance while sharing a Guinness with a celebrity felon gave me an affinity for their struggles. The next day at Milltown Cemetery, I walked through the green-trimmed gravesites of his prison-mates — some of whom starved themselves to death for the cause of Irish independence.

The easiest way to get a dose of the Unionist/Protestant side is to walk Sandy Row, the namesake street of Belfast's oldest residential neighborhood. Stop at a Unionist memorabilia shop or pub and ask a local to explain the Unionist symbolism that fills colorful murals here.

Across the River Lagan, east of the center, the historic Titanic Quarter — the former shipbuilding district now filled with museums, entertainment, and posh condos — symbolizes the rise of Belfast. Next to the original slipways where the Titanic was built, the massive Titanic Belfast museum commemorates Belfast's prolific shipbuilding industry. Six stories tall, the striking museum is clad with more than 3,000 sun-reflecting aluminum panels. Inside, the tale of the famous cruise liner is told with creative displays — beginning with a short gondola ride through shipbuilding vignettes.

At the heart of town is another impressive landmark: Belfast's City Hall. This grand structure's 173-foot-tall, green copper dome dominates the city center. Its worthwhile Belfast History and Culture exhibit does an especially good job covering the city's industry, its World War II bombings, and the Troubles. City Hall faces the commercial hub of Belfast, Donegall Place. Queen Victoria would recognize the fine 19th-century brick buildings here — built in the Scottish Baronial style when the Scots dominated Belfast. But she'd be amazed by the changes since then. Belfast was bombed by the Germans in World War II, and, with the Troubles killing the economy at the end of the 20th century, for decades afterward, little was built. But with peace in 1998 — and government investing to subsidize that peace — the 21st century has been one big building boom.

On my latest trip, rainy weather led me to a Belfast gem I'd never explored before: St. George's Market. This was once the largest covered produce market in Ireland, filled with merchants selling butchered meat and fish. Today, the farmers are gone and everyone else, it seems, has moved in. Every weekend, St. George's Market becomes a colorful artisan, crafts, and flea market with a few fish and produce stalls to round things out. With a diverse array of street food and homemade goodies added to the mix, it's a fun place for lunch and people-watching.

On my evening train back to Dublin, I gazed at the peaceful, lush Irish countryside while pondering the charming resilience of Belfast's people. Ireland isn't just Blarney Stones and leprechauns, and Belfast's troubled history is a key part of the story. A visit here offers a chance to balance your Irish vacation — and witness a city's powerful rebound. 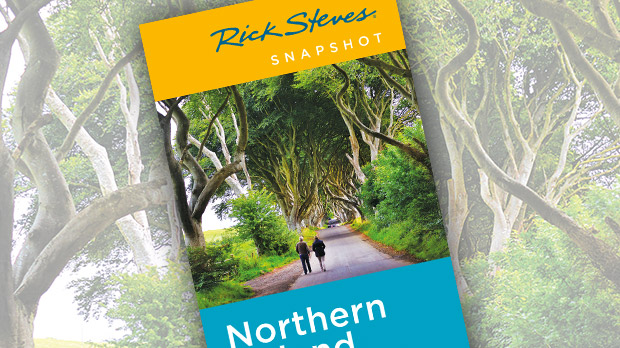