It's after dark in Lisbon's ramshackle Alfama neighborhood. Old-timers gather in restaurants, which serve little more than grilled sardines, to hear and sing Portugal's mournful fado…a traditional lament. I grab the last chair in a tiny place, next to two mustachioed mandolin-pluckers hunched over their instruments, lost in their music. An old bald singer croons, looking like a turtle without a shell. There's not a complete set of teeth in the house.

A spry grandma does a little jive, balancing a wine bottle on her gray head. The kitchen staff peers from a steaming hole in the wall, backlit by their flaming grill. The waiter sets a plate of fish and a pitcher of cheap cask wine on my table and — like a Portuguese Ed Sullivan — proudly introduces the next singer.

She's the star: blood-red lipstick, big hair, a mourning shawl over her black dress — but the revealing neckline promises there's life after death. She strikes a pose before the mandolins. I can smell her breath as she drowns out the sizzle of sardines with her plush voice.

The man next to me whispers a rough English translation of the words she sings in my ear. It's a quintessential fado theme of lost sailors and sad widows: "O waves of the salty sea, where do you get your salt? From the tears shed by the women in black on the sad shores of Portugal." Suddenly it's surround-sound as the diners burst into song, joining the chorus.

This is a classic fado experience that anyone willing to be out late and stroll the back streets of the right neighborhoods in Lisbon can enjoy.

Fado is the folk music of Lisbon's rustic neighborhoods. Since the mid-1800s, it's been the Lisbon blues — mournfully beautiful and haunting ballads about lost sailors, broken hearts, and bittersweet romance.

Fado means "fate" — how fate deals with Portugal's adventurers...and the families they leave behind. The lyrics reflect the pining for a loved one across the water, hopes for a future reunion, remembrances a rosy past or dreams of a better future, and the yearning for what might have been if fate had not intervened. While generally sad, fado can be jaunty...but in a nostalgic way. Fado can also be bright and happy when the song is about the virtues of cities such as Lisbon or Coimbra, or of the warmth of a typical Portuguese home.

The songs are often in a minor key. The singer (fadista) is accompanied by a 12-string guitarra portuguesa (with a round body like a mandolin) or other stringed instruments unique to Portugal. Fado singers typically crescendo into the first word of the verse, like a moan emerging from deep inside. Though the songs are often sad, the singers rarely overact — they plant themselves firmly and sing stoically in the face of fate.

The easiest way to hear and learn about fado is to drop by the museum on the subject. The Fado Museum tells the story of fado in English. Three levels of wall murals show three generations of local fado stars, and the audioguide lets you hear the Billie Holidays of Portugal. The museum is located at the base of the Alfama, the most colorful neighborhood in town (and the best for informal fado bars).

While fado has become one of Lisbon's favorite late-night tourist traps, it's easy to find a funky bar — without the high prices and big-bus tour groups — that still feels very local. Two districts in Lisbon's old center, the Alfama and the Bairro Alto, have small, informal fado restaurants. In the Bairro Alto, wander around Rua Diario de Noticias and neighboring streets. In the Alfama, head uphill from the Fado Museum.

Go either for a late dinner (after 9 p.m.) or an even later (after 11 p.m.) evening of drinks and music. Homemade fado esta noite ("fado tonight") signs are good news, but even a restaurant filled with tourists can serve up good food and fine fado.

Don't leave Lisbon without enjoying an evening seasoned by the tears of widows whose black dresses come with that plunging neckline reminding all that life, even salty with sadness, is still worth living. 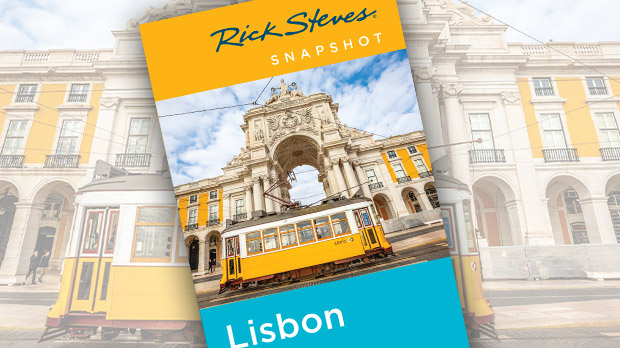