Venice has battled rising water levels since the fifth century. But today, the water seems to be winning. Several factors, both natural and man-made, cause Venice to flood about 100 times a year — usually from October until late winter — a phenomenon called the acqua alta.

I recently asked a Venetian how much the city is sinking. He said, "Less than the sea is rising." Venice sits atop sediments deposited at the ancient mouth of the Po River, which are still compacting and settling. Early industrial projects, such as offshore piers and the railroad bridge to the mainland, affected the sea floor and tidal cycles in ways that made the city more vulnerable to flooding. Twentieth-century industry worsened things by pumping out massive amounts of groundwater from the aquifer beneath the lagoon for nearly 50 years before the government stopped the practice in the 1970s. In the last century, Venice has sunk by about nine inches.

Meanwhile, the waters around Venice are rising, a phenomenon that's especially apparent in winter. The notorious acqua alta happens when an unusually high tide combines with strong sirocco winds and a storm. In November 1966 a huge storm (the same one that famously flooded Florence) raised Venice's water level to more than six feet above the norm. Although tides are minuscule in the Mediterranean, the narrow, shallow Adriatic Sea has about a three-foot tidal range. When a storm — an area of low pressure — travels over a body of water, it pulls the surface of the water up into a dome. As strong sirocco winds from Africa blow storms north up the Adriatic, they push this high water ahead of the front, causing a surging storm tide. Add to that the worldwide sea-level rise and it makes a high sea that much higher.

If the acqua alta appears during your visit, you'll see the first puddles in the center of paved squares, pooling around the limestone grates at the square's lowest point. These grates cover cisterns that long held Venice's only source of drinking water. That's right: Surrounded by the lagoon and beset by constant flooding, this city had no natural source of fresh water. For centuries, residents carried water from the mainland with much effort and risk. In the ninth century, they devised a way to collect rainwater by using paved, cleverly sloped squares as catchment systems, with limestone filters covering underground clay tubs.

Venice's population grew markedly once citizens were able to access fresh water by simply dropping buckets down into these "wells." Several thousand cisterns provided the city with drinking water up until 1884, when an aqueduct was built (paralleling the railroad bridge) to bring in water from nearby mountains. Now the wells are capped, the clay tubs are rotted out, and rain drains from squares into the lagoon — or up from it, as the case may be.

During these floods, some high-end hotels lend boots to their customers. Wooden benches are placed end-to-end in St. Mark's Square to create elevated sidewalks. It turns into total gridlock, as all the people normally sharing the whole square jostle for space on these narrow wooden walkways.

After the 1966 flood, officials knew something had to be done, but it took about four decades to settle on a solution. In 2003, a consortium of engineering firms began construction on the MOSE Project. Named for the acronym of its Italian name, Modulo Sperimentale Elettromeccanico, it's also a nod to Moses and his (albeit temporary) mastery over the sea.

Underwater "mobile" gates are being built on the floor of the sea at the three inlets where the open sea enters Venice's lagoon. When the seawater rises above a certain level, the gates will rise and shut out the Adriatic. The first gates are already installed but, in good Italian fashion, corruption and scandal have surrounded the project. Combined with technical challenges, the completion date continues to get pushed into the future – the lastest estimate is 2025. You can learn more about the project on the MOSE website.

Gene Openshaw is the co-author of the Rick Steves Venice guidebook. 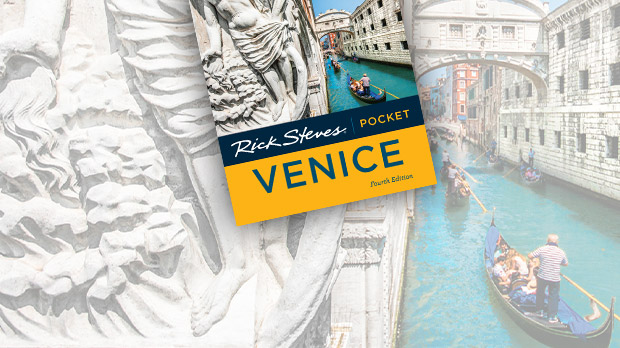