Bulgaria, the strangely charming land where a nod means no, has fascinated me since my first visits in my student days. And it's no less compelling today — especially given that it remains one of the most rapidly changing countries in Europe.

In the 1980s, Western influence was considered evil here. I was sneaking around after dark, writing my journal in code and chatting with friends who masked our conversation by leaving a faucet running. Today, markets formerly filled with cabbage and peppers are now nearly as colorful and tasty as markets in the West. Travelers get a big welcome, as I did when filming there in 2000. After only 24 hours in town, my film crew and I made the front page. The headline: "American TV crew films Bulgaria."

The only anti-Americanism I felt on that visit was connected to the aftermath of the Kosovo war, while I was visiting the Eastern Orthodox Rila Monastery. Normally an oasis of peace and reflection high in the mountains, at that time it felt tense and troubled. The Father Superior made filming difficult. One women raged at me, "I can't be involved with you because of what your government did. But God bless you."

Travel in Bulgaria has become simple: no visas, easy and fair money exchange, and plenty of ATMs. I still remember how cheap things were on my visit in 2000, when a taxi ride cost a dollar, a meal cost $3, and basic hotels were similarly cheap. Prices have gone up since then, but the country still keeps getting rated as the cheapest place to travel in Europe.

After the fall of the Soviet empire, Bulgaria transformed quickly from a Stalinist holdover to a capitalist puppy and member of NATO. Bulgaria even revalued its currency in the 1990s. One thousand old levs equals one new lev, and the lev is now tied to the euro. (That means my favorite European coin — the stotinka, one-hundredth of a lev — is back!) These days, Bulgaria is far more connected to fellow European countries than it is to Russia, having joined the European Union in January 2007.

Throughout the Cold War, Bulgaria was one of the Soviet Union's most loyal satellites. There was even talk of making Bulgaria the 16th republic of the USSR. The waxy body of the local version of Lenin, Georgi Dimitrov, was on display under glass, just like Lenin's. Dimitrov's mausoleum was the centerpiece of Bulgaria's largest city, Sofia…until locals blew it up a few years into their post-communist era.

But you just can't dynamite the legacy of 45 years as a Soviet satellite. In Sofia, souvenirs of its partnership with the USSR survive: cheap if rickety public transit, miles of blocky apartment flats, and Stalin-Gothic buildings straddling yellow brick roads, which seem wider than necessary.

Krum, whose powerful statues grace squares all over Bulgaria, is still passionate about the people's struggle. Spartak, however, makes a point of saying that he refuses to "rehabilitate and revive totalitarian art." And he explained to me that, while the freedom his generation enjoys is great — especially for artists — Bulgarians have little money to enjoy the fruits of that freedom.

That freedom is evident even moreso in Bulgaria's second city, Plovdiv, the historic capital and the country's most enjoyable city. Plovdiv has ankle-breaker cobbles, a fun little foodie/hipster zone, and a great paseo vibe on its long pedestrian boulevard. On my most recent visit, I especially appreciated how artfully it has incorporated its archaeological sites into its modern, people-friendly layout. The layers are fun to ponder: Under the happy modern-day ambience is a stern communist shell, an Ottoman-era mosque, and finally a racecourse where, 2,000 years ago, chariots careened around this corner.

Yet while its cities are changing quickly, time seems to stand still in Bulgaria's villages. During my fall visit, I witnessed endless villagers busy drying hay to get their animals through the winter.

Whenever I'm here, I find myself wondering why most Americans don't give Bulgaria a second thought. Sure, it's got the alphabet and the religion and the Slavic blood of "Mother Russia." But the dreams and the aspirations are facing West — a reason to encourage us to travel East. 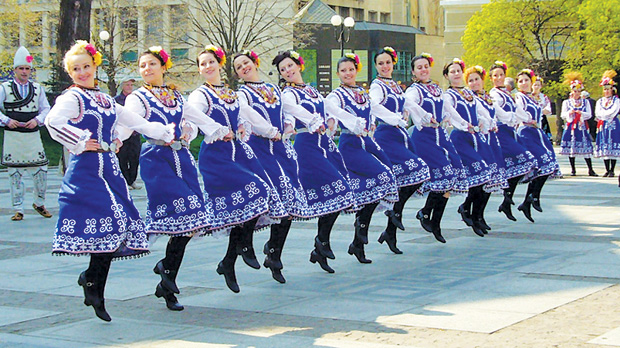