Packed onto a Madrid subway car crammed with Spaniards heading for Plaza de Toros, I was wondering how I'd react to seeing another bullfight — my first in several years. At the last stop, everyone piled out and the escalator pumped us directly up to the looming facade of Madrid's bullring — the biggest in Spain.

Bullfights are held on most Sunday evenings here, Easter through October. Serious fights with adult matadors — called corridas de toros — often sell out in advance. But in the middle of summer, many fights are novilladas: with younger bulls, and teenage novices doing the killing. On the night of this visit I got a ticket at the walk-up window for just $10, as three bullfighters were novilladas.

The man in front of me in the ticket line had negotiated aggressively for a good seat, whereas I'd simply said, "Uno, por favor" …and ended up sitting right next to him. It's theater in the round and there are no bad seats, though paying more gets you closer to the gore. Traditionally, you could buy seats in the shade or, to save money, seats in the sun, but climate change has put an end to that tradition. The summer of my visit had the hottest temperatures in memory, and fights were set to begin at 9 p.m. — later than in past years — so that every seat would be in the shade.

It was like going to a baseball game, but rather than peanuts and Cracker Jack, it was pistachios and corn nuts. The ramshackle band seemed to be directed by a cymbal player who clapped a relentless rhythm. Old men sat attentively, like season-ticket holders who were ready for the routine ritual.

Bullfights are punctual, and at 9 o'clock sharp, 500 kilos of angry, disoriented bull charged into the arena. Girls fluttered their fans as if aroused by the prancing matadors. Many Spanish women consider bullfighting sexy, and swoon at the dashing men literally dressed to kill in the traditional tight pants (with their partes nobles — noble parts — usually organized to one side — or, as locals like to say, "farthest from the bull").

In Spain, the standard bullfight consists of six bulls (two per matador), with each ritual killing lasting about 20 minutes — totalling two hours of medieval man-versus-beast madness. After each kill another bull romps into the arena. It was easy to tell who in the crowd was a Spaniard and who wasn't. With each kill, tourists took photos, while local men croaked "Olé!" like old goats and Spanish women waved their white hankies.

You're not likely to see much human blood spilled at a Spanish bullfight. Over the last 200 years, only a handful of matadors have been killed. If a bull does kill a fighter, the next matador comes in to kill the bull. (Historically, the bull's mother would also be killed, as she was considered the source of its "evil" qualities.)

Portugal has its own version of bullfighting, and unlike in Spain, Portuguese matadors are brutalized along with the bull.

In the first act of a Portuguese tourada, a horseman (cavaleiro) skillfully plants four beribboned barbs in the bull's back while trying to avoid the leather-padded horns. The horses are the short, stocky Lusitano breed, with excellent balance. In the second act, a colorfully clad eight-man suicide squad enters the ring and lines up single file facing the bull. With testosterone sloshing everywhere, the leader taunts the bull — slapping his knees and yelling, "touro!" — then braces himself for a collision that can be heard all the way up in the cheap seats. As he hangs onto the bull's head, the other seven forçados pile on, trying to wrestle the bull to a standstill. Finally, one guy hangs on to the touro's tail and "water-skis" behind him. (In Act III, the ambulância arrives.)

In Portugal the bull is killed after the tourada, not in front of the crowd. (Some bulls with only superficial wounds are spared to fight another day.) Aficionados of the Spanish tradition insist that Portuguese fights are actually crueler, since they humiliate the bull, rather than treat him as a fellow warrior.

But at the "fight" I attended on this Madrid visit, the killing — under the swords of rookies — seemed to me more pathetic and cruel than ever, and the audience, though mostly Spanish, appeared to include more tourists than ever. The scene just didn't seem worth the gore. After two bulls met their end I left, feeling like I probably looked a bit wimpy in the eyes of the ushers I passed at the door. Walking from the arena back to the subway, I noticed that of the several thousand ticket holders I was among a select crowd of maybe 20 people who were leaving after only a third of the action. We were all tourists, including several American families. At the subway platform I stood next to a family from the Midwest, with the mom holding her daughter's hand and dad holding his son's. I asked, "Two bulls enough?" The parents nodded. The 12-year-old boy summed it up in three words: "That was nasty."

It was nasty. I can't help but acknowledge the bullfight as an important part of Spanish culture. But it's one that makes a spectacle out of the cruel torture and killing of an animal. Should tourists boycott bullfights? I don't know. I've always been ambivalent about listing the fights in my guidebooks. I do still list them, thinking that as a travel writer, I need to report on what exists, rather than judge it or seek to put an end to another culture's tradition. When the event is kept alive only by the patronage of tourists, I'll reconsider my reporting. In the meantime, I agree with the boy and his parents: Two bulls is plenty.

To get a dose of Spanish bullfight "culture" without actually going to a bullfight, pop into a "bull bar." Throughout Spain, certain bars are busy on bullfight nights, with the action blaring on the TV and the neighborhood gang gathered. But these bars have a unique ambience any time.

My favorite bull bar is the Torre del Oro, right on Madrid's Plaza Mayor. Its interior is a temple to bullfighting, festooned with gory decor. The breathtaking action is captured in a bloody bloopers photographic hall of fame lining the wall. For many people, a quick sangria or beer in a bar like this is more than enough nasty for their Spanish vacation. 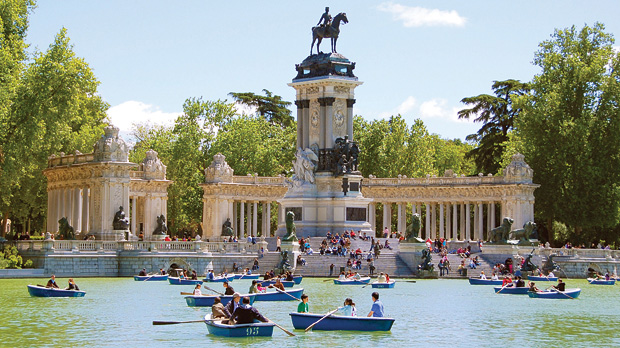 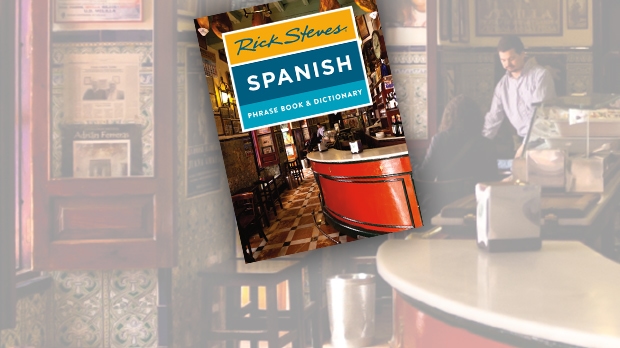