Claude Monet's gardens at Giverny are like his paintings — brightly colored patches that are messy but balanced. Flowers were his brushstrokes, a bit untamed and slapdash, but part of a carefully composed design. Monet spent his last (and most creative) years cultivating his garden and his art at Giverny (zhee-vayr-nee), the Camp David of Impressionism (1883–1926).

Visiting Giverny, there's much to admire. All kinds of people flock to Giverny. Gardeners admire the earth-moving landscaping and layout, botanists find interesting new plants, and art lovers can see paintings they've long admired come to life. Fans enjoy wandering around the house where Monet spent half his life and seeing the boat he puttered around in, as well as the henhouse where his family got the eggs for their morning omelets. It's a busy place, so come early or late.

Claude Monet was the leading light of the Impressionist movement. He revolutionized painting in the 1870s. Fiercely independent and dedicated to his craft, Monet gave courage to fellow artists in the face of harsh criticism.

The son of a grocer, Monet defied his family, insisted he was an artist, and sketched the world around him: beaches, boats, and small-town life. A fellow artist, Eugene Boudin, encouraged him to don a scarf, set up his easel outdoors, and paint the scene exactly as he saw it. Today, we say, "Well, duh!" But "open-air" painting was unorthodox at that time for artists trained to study their subjects thoroughly in the perfect lighting of a controlled studio setting.

It's fitting that Giverny, located 50 miles outside the hustle and bustle of Paris, would become a colorful, flowering monument to Monet. In 1883, middle-aged Claude Monet, his wife Alice, and their eight children from two families settled into a farmhouse here, west of Paris. Monet, at that point a famous artist and happiest at home, would spend 40 years in Giverny, traveling less with each passing year. He built a pastoral paradise complete with a Japanese garden and a pond full of floating lilies.

In 1890, Monet started renovating his garden, inspired by tranquil scenes from the Japanese prints he collected. He diverted a river to form a pond, planted willows and bamboo on the shores, filled the pond with water lilies, then crossed it with a wooden footbridge. As years passed, the bridge became overgrown with wisteria. He painted it at different times of day and year, exploring different color schemes.

In the last half of his life, Monet's world shrank to encompass only Giverny. But his artistic vision expanded as he painted smaller details on bigger canvases and helped invent modern abstract art.

In the last half of his life (beginning in 1912), Monet — the greatest visionary, literally, of his generation — began to go blind with cataracts. He used larger canvases and painted fewer details. The true subject is not really the famous water lilies, but the changing reflections on the pond's surface — the blue sky, white clouds, and green trees that line the shore.

In Giverny, the bright, modern Museum of the Impressionists (Musée des Impressionnismes) houses temporary exhibits of Impressionist art — check their website for current shows — and has picnic-pleasant gardens in front; to reach it, turn left after leaving Monet's place and walk 200 yards.

In Paris, Monet fans get their fix at the Orangerie Museum, the Orsay Museum, and the Marmottan Museum.

Gene Openshaw and Steve Smith are co-authors of the Rick Steves Paris guidebook. 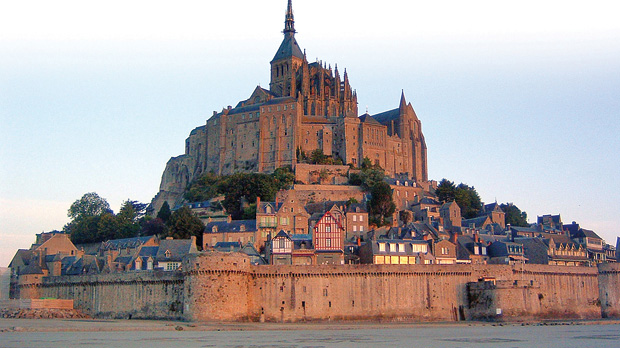