The northeast corner of Dam Square, in the heart of Amsterdam, leads directly to Warmoesstraat, one of the city's oldest streets. If you head up this pedestrian lane for a block you'll come upon a small storefront creatively displaying its vast inventory of condoms. Keep strolling and you pass a strip club, a smartshop selling a range of all-natural products that "play with the human senses," low-profile entrances to men-only leather bars, and an S&M supply shop with products that seem to require anatomically impossible positions. Even without turning off this street to pass any of this quarter's famously red-lit windows, it's not hard to tell when you've wandered into in what tourists call the Red Light District.

For centuries, Amsterdam's oldest neighborhood, known locally as "De Wallen," has hosted the world's oldest profession. As a longtime major port, Amsterdam always catered to sailors looking for entertainment — and as far back as the 1400s, prostitutes walked the streets with red lanterns, working mostly in inns of this sailors' quarter. While legal tolerance of the industry has fluctuated with the times, sex has always been for sale in De Wallen.

As Amsterdam declined as a trading epicenter, the sailors disappeared. Since then, it's as if the area has taken everything sailors seek out when ashore, put it all in a jar, and let it germinate for a few hundred years. Today that jar is open, and everyone's welcome to take a whiff.

The prominent steeple of De Oude Kerk, the oldest church in Amsterdam, is the holy needle around which the unholy Red Light District spins. The surrounding alleys have the city's densest concentration of "window prostitution." De Wallen's streets are home to about 200 tall windows under red neon lights. In window after window, women in lingerie wink at ogling men from tiny rooms, rapping on their windows to attract the attention of potential customers while looking disdainfully at sightseers. As the church steeple chimes, women from Jamaica holler, "Come on, dahling."

I find it fascinating to stroll the narrow lanes to experience scenes I can't imagine taking place on any public US street. On one visit, while rubbing shoulders with a hungry gaggle of Dutch boy regulars, I rubbernecked my way to the most popular window on the street. There, framed in smoky red velvet, stood a sultry blonde whose impressive twerking had brought the gawking pedestrian flow to a stuttering stop. And it turned me into just one of the faceless, rutting masses. Next up: an exotic woman wearing a lacy black power-suit and enough lipstick to keep a third grader in crayons. Just making eye contact left me weak — and ready to rejoin the cute and quaint Holland back in the sunshine.

The Dutch approach prostitution much as they do the recreational use of marijuana. Acutely aware of the harmful effects of driving the markets underground, they control the sex trade, rather than criminalize it, according to an ethos often called "pragmatic harm reduction."

Dutch sex workers pay rent for their space and operate as an independent business, with no need for pimps. They are unionized and get their business license only if they are periodically checked by a doctor for STDs. If a prostitute has a dangerous client and needs help, she pushes a button to summon not a pimp, but the police.

My Dutch friends like to remind me that a society has to make a choice: Tolerate others' choices, or build more prisons. And they often follow that up by reminding me that Americans — so inclined to legislate morality — lock up 10 times as many people per capita as the Dutch do.

Of course, while some women choose prostitution as a lucrative career, others (some say most) are forced into it by circumstance — poverty, drug addiction, abusive men, and immigration scams. The Dutch aim for an industry where sex workers can operate just like other smartly regulated small-businesspeople do, but in reality the line between victim and entrepreneur is not always so clear.

If your curiosity is piqued by Holland's unconventional policies, consider visiting De Wallen's Prostitution Information Center. It aims to demystify prostitution, giving visitors matter-of-fact information on how the trade works here and what it's like to be a sex worker. It doles out pamphlets, books, condoms and other offbeat souvenirs, and offers walking tours of the neighborhood as well as a small, frank booklet answering tourists' most common questions about the Red Light District.

Many other European cities have similar "tolerance zones," where prostitution operates in at least semi-openly — but Amsterdam's is easily the most interesting. It's also one of the safest to wander, though pickpockets abound. If you're on the ball and alert to the neighborhood's etiquette, you can easily avoid trouble. (Don't take photos of women in windows — even if you think you're being inconspicuous with your phone camera — or a snarly bouncer may appear from out of nowhere to rip it from your hands. But it's perfectly OK to take wide shots of distant red lights from canal bridges, or any pictures of landmarks like the Old Church.) Avoid visiting late at night, when the tourists have left and the area gets creepy. But in the afternoon and early evening, the streets are filled with tourists and the atmosphere feels plenty safe, even festive.

Amsterdam's prostitution zone is also far less seedy than other cities'…which is saying something. A stroll here is like a hardcore, nonstop, live-couples, first-floor-straight, second-floor-gay paseo. Streets are lined not just with ladies in windows and sex shops but sex museums, strip clubs, and theaters where sex acts are performed before live audiences.

The adolescent in me delights in the spectacle. The guidebook author in me jumps at the opportunity to nudge readers into what's sure to be a memorably eye-opening experience. And the parent in me cringes at the sight of a 10-year-old, book bag on her back, studying a window full of whips and kinky magazines.

All the while, De Wallen is also a residential neighborhood, where ordinary citizens go about their daily lives. Keep an eye out for the local daycare (I don't know about you, but this location would be a tough sell where I come from). And the neighborhood is slowly gentrifying, with trendy restaurants and boutiques diluting the sleaze.

To be clear, the Red Light District seems to have something to offend everyone. Whether it's the exploitation of many immigrant women, in-your-face graphic images of sex, shop windows full of ball gags and chains, passed-out drug addicts, the pungent smells of pot smoke and urine, or just the shameless commercialism of it all, it's not everyone's cup of tea. Amsterdam is a bold experiment in 21st-century freedom. And, although I encourage travelers to expand their horizons, it's perfectly OK to say, "No, thank you" to visiting this neighborhood.

To me, it's an intriguing encounter with the results of Dutch pragmatism — one that always has me headed soon enough back to my hotel for a shower. 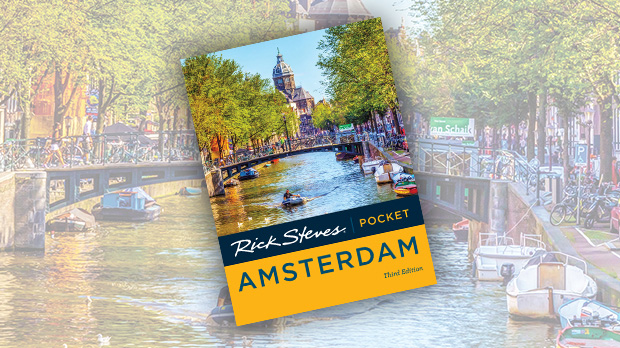