St. Petersburg continually amazes me. Once a swamp, then an imperial capital, and now a showpiece of long-ago aristocratic opulence, St. Petersburg is Russia's most accessible and tourist-worthy city.

During the Soviet era, the city was drab and called Leningrad. Its striking beauty today is all the more remarkable given that this place was devastated by a 900-day Nazi siege during World War II.

As if turning the clock back to its glory days, the metropolis once again goes by its original name, and its architectural treasures have been spiffed up. Today St. Petersburg sparkles, with restored palaces, gardens, statues, and bridges arching over graceful waterways.

St. Petersburg was Russia's capital from 1712 until 1918. The fabulously wealthy Romanov czars and czarinas were in power for all that time, and on a building spree. Their agenda went far beyond indulging their every whim for fancy digs — they needed to keep their peasant population under control, maintain the loyalty of their military, and impress visiting dignitaries from the rest of Europe. The imposing buildings they erected were just one of the ways they said, "We're in charge here."

It started in the early 1700s, when Peter the Great, inspired by a trip to Amsterdam, laid out his city in a grid plan with canals. Many of those original neighborhoods survive, their canals now filled in and converted to parks. Palaces and fancy apartments line the surviving waterways and boulevards.

On a sunny day, take time to walk and admire the cityscape. Raise your eyes to see above the workaday grind. The upper facades are sun-warmed and untouched by street grime. The palette of robin's egg blue, petal pink, and sunshine yellow is as pretty as a Fabergé egg.

You can trace the city's story through the architectural legacy of its great rulers and their favorite designers. Peter's daughter Elizabeth, who reigned from 1741 to 1762, spared no expense in elevating the city's profile. She imported the Italian architect Francesco Bartolomeo Rastrelli, whose grandiose buildings burst with Baroque energy — think white stucco frills, wall-to-wall gold leaf, and glittering mirrors reflecting noble and aristocratic egos. Rastrelli's most famous buildings are the huge Winter Palace on the Neva River and the grand Catherine Palace just outside town.

Catherine the Great ruled Russia from 1762 until 1796. Catherine — who was Prussian — wanted to leave an indelible mark on her adopted country. To distinguish her buildings from Elizabeth's Baroque excesses, she turned to the restrained Scottish architect Charles Cameron. Looking back to the glories of ancient Greece and Rome, Cameron gave the city a Neoclassical makeover, with clean columns and geometric arches replacing Baroque baubles and trimmings.

Catherine's grandson Nicholas I took Neoclassicism even farther during his reign from 1825 to 1855. He declared that St. Petersburg's buildings should all conform to the "Russian-Empire" style. This was a heyday of architectural perfectionism, with every little thing made orderly and measured. The projects of the Italian Carlo Rossi epitomize the time, especially his Street of Perfect Proportions, with buildings as high as the street is wide and a clean line of Neoclassical columns on each side.

Many of these architectural trends are mirrored in St. Petersburg's great Russian Orthodox churches. Under the communists, however, countless churches got no respect. They were destroyed or repurposed — even as ice-hockey rinks and swimming pools.

The Neoclassical Kazan Cathedral suffered one of the biggest indignities. This grand church, modeled on St. Peter's in Rome, was for years used as a "Museum of Atheism." Now once again a place of worship, the cathedral draws lines of the faithful who come to kiss the church's namesake: the Our Lady of Kazan icon, the most important in Russian Orthodoxy.

The oldest church in St. Petersburg, the early Baroque Peter and Paul Cathedral, is intimately linked with the Romanovs. A Swiss-Italian architect designed the golden-spired building for Peter the Great in the early 1700s. Peter's marble tomb is here, surrounded by the Romanovs who came after him, including Catherine the Great.

With the Bolshevik Revolution in 1917, angry mobs ransacked the church and desecrated the Romanov tombs. The age of czar rule was decidedly over. Only years later would a small chapel in the church be dedicated to the much-romanticized family of the final czar, Nicholas II.

Nowadays, the legacy of the Romanovs is finding new life among Russians, who have developed a nostalgia for the art and architecture of those imperial days. They, and the tourists who visit St. Petersburg, have come to appreciate the remarkably harmonious cityscape conceived by Peter the Great and added to by his successors. From the grand mansions lining its wide boulevards to the impressive palaces of the czars, the city does full justice to the vision of its founder. 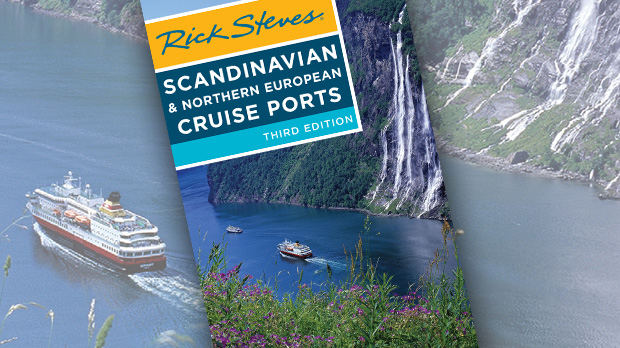