I'm often inspired by families on the road. Last summer, on a ferry between Scotland's Oban and the Isle of Mull, I met a family from Texas. The parents were taking their kids on a year-long adventure through Europe and told me how they'd realized there's no better education or quality family time than traveling together — and I wholeheartedly agree. The key is balancing educational sightseeing with fun activities.

After years of traveling with me around Europe, my kids Jackie and Andy had a good list of what they considered its best kid-friendly experiences to balance out my heavy museum-going. Here are some of my family's favorites.

In cycling-happy Copenhagen, it's a joy to bike to dazzling Tivoli Gardens, a grand amusement park that's been running since 1843. It's like a Hans Christian Andersen theme park, with 20 acres of games, marching bands, and rides ranging from vintage cars to roller coasters to a Ferris wheel that resembles a clock. Free concerts, pantomime theater, ballet, acrobats, puppets, and other shows pop up all over the park, with a different event roughly every half hour. With or without kids, this place is a true magic kingdom.

Budapest's top attraction for kids is also my top recommendation for adults: the city's inviting thermal baths. They're like your hometown swimming pool — except the water is 100 degrees, there are plenty of jets and bubbles, and you're surrounded by Hungarians. Of the city's more than two dozen bath complexes, the Gellért Baths offer the best thermal-bath thrills for kids, with an outdoor area and wave pool. Or splash around in a warm-water whirlpool at the grand Széchenyi Baths — a casual option that welcomes plenty of tourists but remains popular with locals. At any Hungarian thermal-bath complex, big pools with cooler water are for serious swimming, while the smaller, hotter thermal baths are for relaxing, enjoying the jets, and playing chess.

Nestled in the Bavarian Alps of southern Germany, the otherworldly 19th-century Neuschwanstein Castle captures kids' imaginations with its dramatic setting and fanciful architecture that inspired Walt Disney's Cinderella castle. Kids can picture "Mad" King Ludwig as a boy, climbing the hills above his dad's castle, Hohenschwangau, dreaming up the ultimate magical castle he'd build as an adult (Neuschwanstein). Inside Neuschwanstein, the exquisite two-million-stone mosaic floor is a visual encyclopedia of animals and plants — make it into a scavenger hunt and challenge your kids to find different species. You can even complete the fairy tale and take a horse-drawn carriage up to the castles.

After playing king at Neuschwanstein, set aside some time for an even more thrilling experience: a summer luge ride. At the nearby Tegelberg summer luge, kids young and old hop in a wheeled sled-like go-cart, ride up a track to the top of a hill, and scream back down on a banked course. It's a quintessential alpine activity that reminds me it's never too late to have a happy childhood.

France's Loire Valley is also famous for opulent residences. The dozens of châteaux in the region are remarkable, but youngsters may lose steam after visiting one or two. But the Château de Cheverny offers a unique demonstration that's perfect for animal-loving kids and highlights the château's hunting heritage: The marquis here keeps a kennel of 70 hunting hounds — half English foxhound and half French Poitou. They're given food once a day, and the feeding ritual is an impressive feat to behold. Before chow time, the hungry hounds fill the little kennel rooftop and watch the trainer (who knows every dog's name) bring in troughs stacked with delectable raw meat. He opens the gate, and the dogs gather enthusiastically around the food without touching it — yelping hysterically. Only when the trainer signals can they dig in. It's an exercise in control, and the excitement is palpable.

Of course, the huge parks of Europe's biggest cities are some of the best spots to reinvigorate tired kids. London's sprawling Hyde Park is the city's backyard — and one of the best places in Europe for museum'd-out kids to play and run free. Plays, concerts, and clown acts enliven the scene throughout the summer. Rent a paddleboat and ply the Serpentine, wade in the swimming area, or stroll a woodsy path. At Christmastime, Hyde Park transforms into its famous Winter Wonderland. The enormous event has plenty of kitschy carnival fun, with winter treats, a Ferris wheel, circus show, and ice-skating rink.

Even as my kids aged out of park outings, London's live theater scene remained at the top of their lists. London's West End theaters have several shows that particularly appeal to kids, currently including Wicked, The Lion King, and the two-part Harry Potter and the Cursed Child. You'll appreciate the talented performers, and they'll revel in the colorful costumes, catchy tunes, and familiar stories.

When taking your kids to Europe, seek out experiences that are both culturally enriching and just a downright good time. You'll expose your kids to the local lifestyle and bring lighthearted fun to their travel memories. 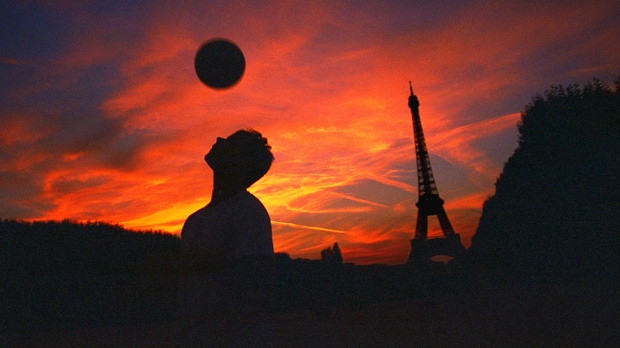