Eating in Germany is a big part of the fun of traveling there. Ingredients are wonderful (especially if you eat with the season), traditions are prized, "modern German cuisine" is giving old dishes tasty and entertaining new twists, and small, creative foodie places are thriving in every city. And here's even more good news: Eating well in Germany is an amazing value — cheaper than in France, Britain, Italy, or Scandinavia.

Get ready for surprises on the menu. Even in small-town Germany, restaurants are challenging the notion that German food is all schnitzel and noodles. An influx of immigrants, a new generation with more adventurous tastes, and a desire for healthier options means the German food scene is more than meat and potatoes.

Of course, you'll still find get a healthy dose of meat-heavy menus. The classic dish in Germany is sausage — hundreds of varieties of bratwurst, and Weisswurst, and Brühwurst (oh my!). It's a fast, tasty staple of the Germanic diet. Most restaurants offer it (often as the cheapest thing on the menu), but it's more commonly eaten at take-out fast-food stands. You may even see portable human hot-dog stands — cooks in clever harnesses that let them grill and sell hot dogs while standing under an umbrella.

Many traditional eateries also serve some kind of meat on the bone, such as pork knuckle or shoulder, which has been boiled or roasted until tender. It goes down well with a big mug of beer. Another ubiquitous meat dish is schnitzel (a meat cutlet that's been pounded flat, breaded, and fried). And you'll often see stuck on the beginning and end of menu items a form of the word braten (which can mean "roast" or "grill" or "fry") — as in Bratkartoffeln (pan-fried potatoes), Schweinebraten (roasted pork), or Bratwurst (grilled sausage).

Each region of Germany has its specialties, and smart travelers know the best values are generally the local favorites. In the west, where Germany shoulders up to France, look for the Alsatian Flammkuchen, a version of white pizza, on a thin, yeastless dough; the classic version is topped with bacon and onions. In the east, where Germany neighbors Poland and the Czech Republic, you'll find Königsberger Klopse, meatballs with capers and potatoes in a white sauce, and Senfeier, hard-boiled eggs in mustard sauce served with potatoes. Up north in Berlin, Stolzer Heinrich (grilled sausage in beer sauce) and Currywurst (basically grilled pork sausage smothered with curry sauce) reign supreme.

Though it's tasty, traditional German food can get monotonous. All schnitzeled out? Thankfully, Germans are health-conscious and quite passionate about choosing organic (bio) products: bio fruits and vegetables, and even bio bread, ice cream, and schnitzel.

Germans make excellent salads (and not just of the potato variety). Most menus feature big, varied, dinner-size salad plates. Besides grüner Salat (your basic mixed salad based on lettuce), you'll likely come across options ranging from Greek salads and bean salads to gemischter Salat — a mixed salad of lettuce, fresh and (often) pickled veggies and a tasty dressing. In May and June, Spargel — big white or green asparagus — is ubiquitous.

The trend toward variety is particularly noticeable in Berlin, which hosts a world of ever-changing restaurants. While the city abounds with traditional German eateries, Berliners consider this cuisine old-school; when they eat out, they're usually not looking for traditional local fare. Nouveau German is California cuisine with scant memories of wurst, kraut, or pumpernickel.

As one of Europe's primary melting pots, Berlin makes it easy to find sushi, Peruvian, Cuban, Thai, Georgian, Indian, Argentinian, and lots of Vietnamese cuisine. In recent years, Berlin's Michelin-star restaurants and fancy steak houses have attracted attention from celebrities and travelers who appreciate finer dining. The result: From simple to sophisticated, Berlin's food scene has something for every taste bud — and budget. Be adventurous.

Ethnic restaurants provide a welcome break all over Germany, and they're generally good value. A freshly baked pizza, a Turkish sandwich, or a rice or noodle dish will cost you $5–8, and can be packed up to enjoy on a park bench. Germanic cuisine is also inexpensive, by European standards. It's easy to eat a meal for $12 or less. For smaller portions, order from the kleine Hunger (small hunger) section of the menu. A Schnellimbiss — or simply Imbiss — is a small fast-food take-out stand where you can get a bratwurst or other grilled sausage (usually about $3, including a roll).

Don't discount the chance to splurge on fine dining in Germany. With cooking shows as popular on German television as they are here at home, Germans are now taking their food as seriously as their neighbors in France and beyond. Whether you're a foodie, a vegetarian, or a hard-core carnivore, Germany now offers a world of flavors to satisfy every kind of traveler. 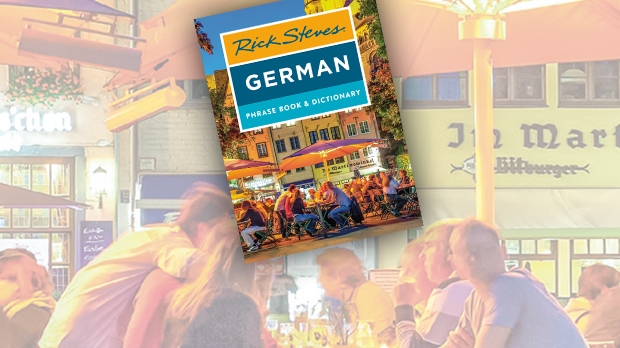