Bell'Italia! Italy has Europe's richest, craziest culture. After all, this nation is the cradle of European civilization — established by the Roman Empire and carried on by the Roman Catholic Church. As you explore Italy, you'll stand face-to-face with some of the world's most iconic images from this 2,000-year history: Rome's ancient Colosseum and playful Trevi Fountain, Pisa's Leaning Tower, Florence's Renaissance masterpieces (Michelangelo's David and Botticelli's Venus), and the island city of elegant decay — Venice. Beyond these famous sights, though, Italy offers Europe's richest culture. Traditions still live within a country that is vibrant and fully modern. Go with an eye open to both the Italy of the past and of the present. ▲▲▲ Cinque Terre Five idyllic Riviera hamlets along a rugged coastline (and part of a national park), connected by scenic hiking trails and dotted with beaches.

▲▲▲ Florence The cradle of the Renaissance, with the world-class Uffizi Gallery, Brunelleschi's dome-topped Duomo, Michelangelo's David, and Italy's best gelato.

▲▲ Assisi St. Francis' hometown, perched on a hilltop, with a divinely Giotto-decorated basilica.

▲▲ Amalfi Coast and Paestum String of seafront villages — including hilly Positano and workaday Amalfi — tied together by a scenic mountainous coastal road. Farther south is Paestum, with its well-preserved ancient Greek temples.

▲▲ Pompeii and Nearby Famous ruins of the ancient towns of Pompeii and Herculaneum, with their nemesis, Mount Vesuvius, looming on the horizon.

▲ The Lakes Two relaxing lakes, each with low-key resort towns and a mountainous backdrop: Lake Como, with quaint Varenna and upscale Bellagio; and Lake Maggiore, with straightforward Stresa, manicured islands, and elegant villas.

▲ The Dolomites Italy's might alps, featuring Bolzano (home of Ötzi the Iceman), the charming village of Castelrotto, and Alpe di Siusi (alpine meadows laced with lifts and hiking trails).

▲ Pisa and Lucca Two classic towns: Pisa, with its iconic Leaning Tower and surrounding Field of Miracles, and Lucca, with an inviting old center, encircled by a wide medieval wall you can stroll or bike.

▲ Sorrento and Capri The seaside resort port of Sorrento, and just a short cruise away, the jet-set island getaway of Capri, with its eerie Blue Grotto. 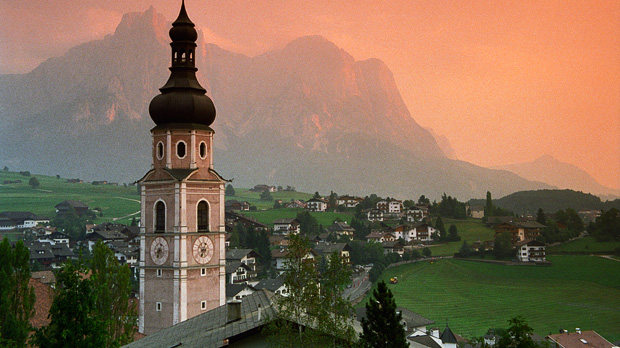