While many tourists come to Italy for the past, Milan is today's Italy. The nation's fashion, industry, banking, TV, publishing, and convention capital, Milan is a hardworking, style-conscious, time-is-money city of 1.3 million. In this city of refined tastes, window displays are gorgeous, cigarettes are chic, and even the cheese comes gift-wrapped. Yet thankfully, Milan is no more expensive for tourists than any other Italian city. While it doesn't have the artistic oomph of Rome or Florence, Milan still has several significant sights — most notably its Duomo, the Galleria Vittorio Emanuele II shopping arcade, La Scala Opera House, and Leonardo da Vinci's Last Supper.

▲▲▲ Duomo Milan's showpiece cathedral, with an amazing roof you can walk on.

▲▲ The Last Supper Leonardo da Vinci's masterpiece, displayed in the Church of Santa Maria delle Grazie (viewable only with a reservation).

▲ Piazza dei Mercanti The evocative medieval heart of the city.

▲ Church of San Maurizio The "Sistine Chapel of Lombardy," gorgeously frescoed by Bernardino Luini, a follower of Leonardo.

▲ Via Dante Human traffic frolics to lilting accordions on one of Europe's longest pedestrian-only boulevards.

Risorgimento Museum Italy's rocky road to unification on one floor. 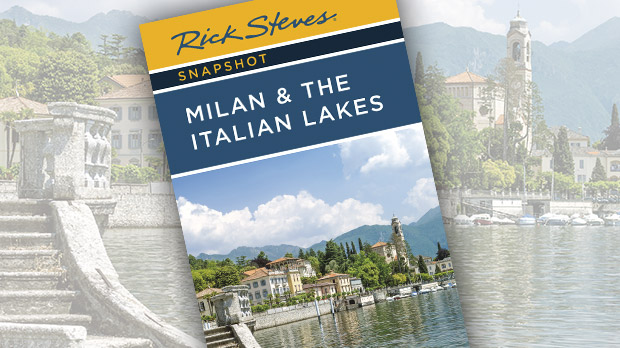