Sicily is a fertile mix of geology and culture. Eruptions from its volcano, a glowing sun, generations of hard work, and wave after wave of civilizations storming through over the centuries — they all come together here, giving visitors a full-bodied travel experience that engages all the senses. ▲▲ Agrigento Town on the southern coast, that's home to Sicily's premier ancient attraction: the Greek ruins at the Valley of the Temples, with a fine archaeological museum nearby.

▲▲ Villa Romana del Casale Remote palace deep in the middle of the island boasting the largest collection of in situ Roman mosaics ever found.

▲▲ Mount Etna The most active volcano in Europe (and the top tourist sight in Sicily), offering hikes in a lunar landscape, a steaming summit, and tours and tastings at up-and- coming wineries on its north slope.

▲ Trapani Laid-back port town famous for its nearby salt flats — and an easy home base for day trips to the west coast's best stops: the hilltop village of Erice, the fishing island of Favignana, Carthaginian ruins at Mozia, and ancient ruins of Segesta and Selinunte.

▲ Taormina Cliffside resort with a Grand Tour vibe with views of Mount Etna in the distance (and the sea just below), a dramatic Greek-Roman Theater, and high-end tourists. 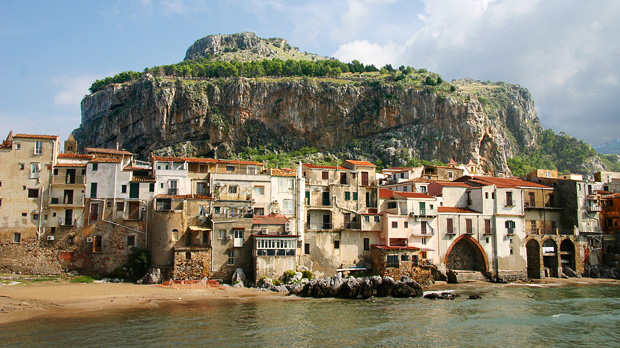