One particular trip to Burgundy had me thinking a lot about the French and their changing relationship to food and wine.

Take the sad story of snails. Good escargot must grow wild. But as effective chemicals have successfully killed off weeds and undesirable insects, they have also decimated the slug and snail populations. These days in France, much of the escargot is farmed. Locals know the gray snails are farmed, and mediocre at best.

The great French snail — once so common that early-19th-century train companies hired women and children to clean the tracks of them so the trains could get a grip — has gone the way of the great American buffalo. I hate to burst any bubbles…but if you're slurping top-quality "free-range snails" in a little Paris bistro, they most likely last slithered free in Poland.

The French, in an attempt to cut back on farming chemicals, are resorting to "sexual confusion." Farmers use an organic spray that covers everything with the scent of a female insect. Male insects smell females, find nothing, get mad, and in their sexual funk…refuse to reproduce.

Wine is another topic that arouses the French. Walking through the finest vineyards in France, the fabled Côte d'Or ("Gold Coast") of Burgundy, a proud vintner guiding me became evangelical:

"A good grape must suffer. Look at this soil — it's horrible…just rocks. And these grapes have character. The roots of these struggling vines are thin as hairs, searching as much as 30 meters down for moisture. The vines in the flat fields" — she motions to fields just a kilometer away — "have it too easy…a silver spoon in their teeth. It's like people. Paris Hilton, she is not interesting. The fine wines of humanity, they are the ones who have suffered." (I had to ask, "Like Tina Turner?" She said, "Exactly.")

"The best vintners don't force their style on the grape. They play to the wine's strength, respecting the natural character of the sun, soil, and vine...the terroir. They play the wine like a great musician plays classical music. You don't want to recognize the musician…you want to hear the Beethoven."

That afternoon, I biked through the idyllic vineyards, where road signs read like a list of fine wines. Wines here are named not for the grape, but for the place of their origin. The more specific the place name, the higher the quality. A wine called simply "Burgundy" for the region would be a simple table wine. A wine labeled by the village (for instance, Pommard) would be better. Those named for the vineyard (such as Clos de Pommard) would be excellent, and for a certain patch of land within that vineyard (cru or grand cru) the very best.

I was determined to film a restaurant set in a vineyard. On a previous visit, I had enjoyed a place called Le Relais de la Diligence. At the time, the vines had been lapping at its dinner tables. Today, it's in a wheat field. I was told that with the whole world making good wines, the French are cutting back on quantity, using marginal land for other crops, and working to build the quality.

In spite of my lack of a vineyard view, the food was delightful, as was the wine. I was struck by the sophistication of the presentation and service as well as the casual atmosphere — with families and even dogs enjoying the scene. (There was even a doggy meal printed on the menu.)

Through my meal, I pondered (not for the first time) whether there was something pseudo-sophisticated about all this finicky French culture. While buying wine, you ask what would be good with escargot — and the wine merchant needs to know how you plan to cook the snails. I envisioned a good Chardonnay. "Oh, you're cooking it that way? Then you need something flinty — a Chablis."

Then I thought of the way an American who pooh-poohs the French passion for fine points in cuisine might celebrate the nuances of baseball. Take a Frenchman to the ballpark. All the stuff that matters to me — how far the runner is leading off first base, who's on deck and how he does against left-handed pitchers, how deep the bullpen is, put in a pinch runner! — would be nonsense to him.

The next time I put a little ketchup on my meat and my French friend is aghast, I'll accept it with no judgment. I'll just remember that with two outs and a full count, he'll have no idea how I know the runner's off with the pitch. 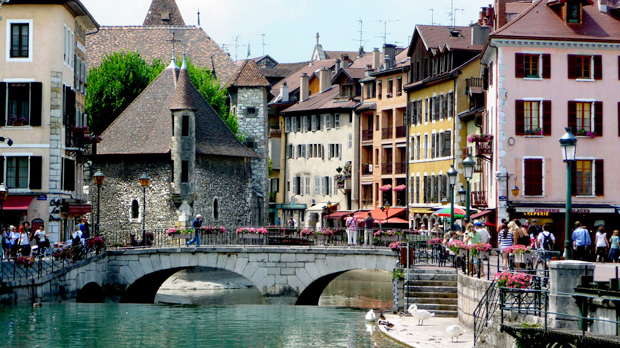